Don't Forget to Watch Daniel's Free Masterclass
It may change your life...
Watch it Now
* we will not spam, rent, or sell your information... *

Initially from Toronto, Canada 🇨🇦 , Daniel Francis has been stuttering over the past 20+ years. This was a genetic predisposition, and was common throughout his family.
Daniel has not only be able to overcome stuttering, but has been able to revolutionize and design his ideal life. He has been able to public speak on stages in front of 1000s. Trained, coached, and mentored 100s of sales reps on communication, leadership, and growth. As well, broken countless records in his sales & leadership career. He is now dedicated to help others overcome stuttering and create the life they desire.

Public Speaker, Coach, & Leader of 100s of Student's Around The World 🌍

Initially from Toronto, Canada, Daniel Francis is an individual who grew up with a severe stutter, and had a huge desire to improve his speech once and for all!
Daniel has not only be able to overcome his stutter, but has been able to revolutionize and design his ideal life. He has been able to public speak on stages in front of thousands of people. Trained, coached, and mentored hundreds of sales representatives on communication, leadership, and personal development. As well, broken countless records in his sales & leadership career. He is now dedicated to help others improve their speech, and create the life they DESIRE!

Initially from Toronto, Canada, Daniel Francis is an individual who grew up with a severe stutter, and had a huge desire to Overcome Stuttering once and for all!
Daniel has not only be able to overcome his stutter, but has been able to revolutionize and design his ideal life. He has been able to public speak on stages in front of thousands of people. Trained, coached, and mentored hundreds of sales representatives & clients on communication, leadership, and personal development. As well, broken countless records in his sales & leadership career. He is now dedicated to help others overcome their stutter, and create the life they DESIRE!
The Full Story 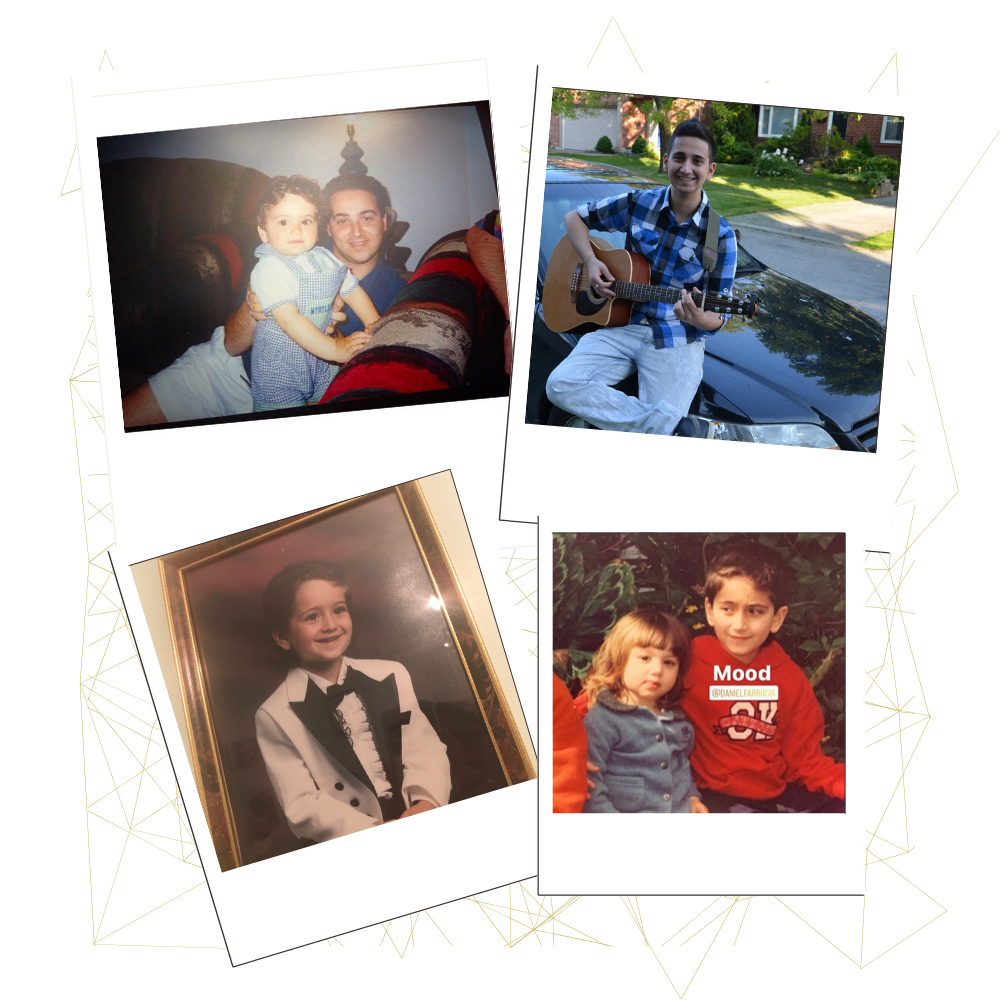 Daniel was born with a severe stutter, which lowered his self-esteem all throughout his childhood. One of the hardest words he struggled with was his own name!
"D-D-D-D-Daniel..." he would try to say when introducing himself.
Since this was a genetic disposition, it was believed that he would never be able to overcome it. Determined as Daniel was, he tried multiple methods: speech-language pathologists, therapists, psychologists, asked family members that stuttered, and even attempted to buy an extremely expensive ear device! Yet, nothing seemed to work.
No matter how hard it became for Daniel, he always BELIEVED that he could overcome his stutter, & had a huge desire to speak with confidence!
Daniel taught himself to play the guitar and used music as a way to cope with his stutter and his loneliness. He quickly found out as he started to sing that his stutter disappeared. No matter how nervous he was. This was Daniel's first big breakthrough and realization that he could overcome stuttering.
During high school, he became highly focused in academia with the hope that he could find the answers on how to overcome stuttering once and for all! Daniel was accepted, with multiple scholarships, into a neuroscience program at Brock University.

During his first year of university, Daniel hit a brick wall. He separated himself completely from others, and focused too heavily on studying. At the time, it was still hard for Daniel to talk to others, and he really hoped that all of his studying would give him the success he thought he wanted.
Daniel knew he needed to change. He couldn't keep living in fear, and hiding from people his entire life! By the summer of 2013, he took a leap of faith and pushed himself out of his comfort zone and he joined a network marketing company.  With one bold step after another, Daniel achieved Platinum Rank in the organization, which only 1% of people reach within the company. He created a customer and affiliate base of over 600 clients. This career path increased Daniel's confidence, and taught him the skills of public speaking & effective leadership. This truly became a passion of his and he gives full credit to public speaking as the sole reason to overcoming his stutter, and boosting his self-esteem! This journey lead Daniel to speaking on 100s of stages to audiences of up to 1000 people.

His next opportunity came to him in the winter of 2015, when Daniel was searching for his next challenge. He was desiring a more competitive way to develop stronger communication and speaking skills. Daniel up and left his home town of Toronto, Ontario, and traveled across the country by himself for a sales position in Vancouver, British Columbia. He learned quick, and within a matter of time he was promoted to the manager position of a door-to-door team.
By May 2017, a huge opportunity was presented to Daniel to move back to Ontario, and help startup a sales organization from the ground up. Craving for more growth, he didn't hesitate and it started with Daniel as one of the only sales representatives on the team.  As he continued to build the company, he was easily promoted to be the Executive Director of Sales. As the true leader that he is, Daniel was able to recruit more than 200 sales representatives to the organization, which lead to be a multi-million-dollar organization in under two years. Not only did Daniel have to recruit and continue to sell, he trained his team on leadership, effective communication, and personal development.
Then by late 2019 Daniel was craving more growth, and something sparked inside of Daniel... 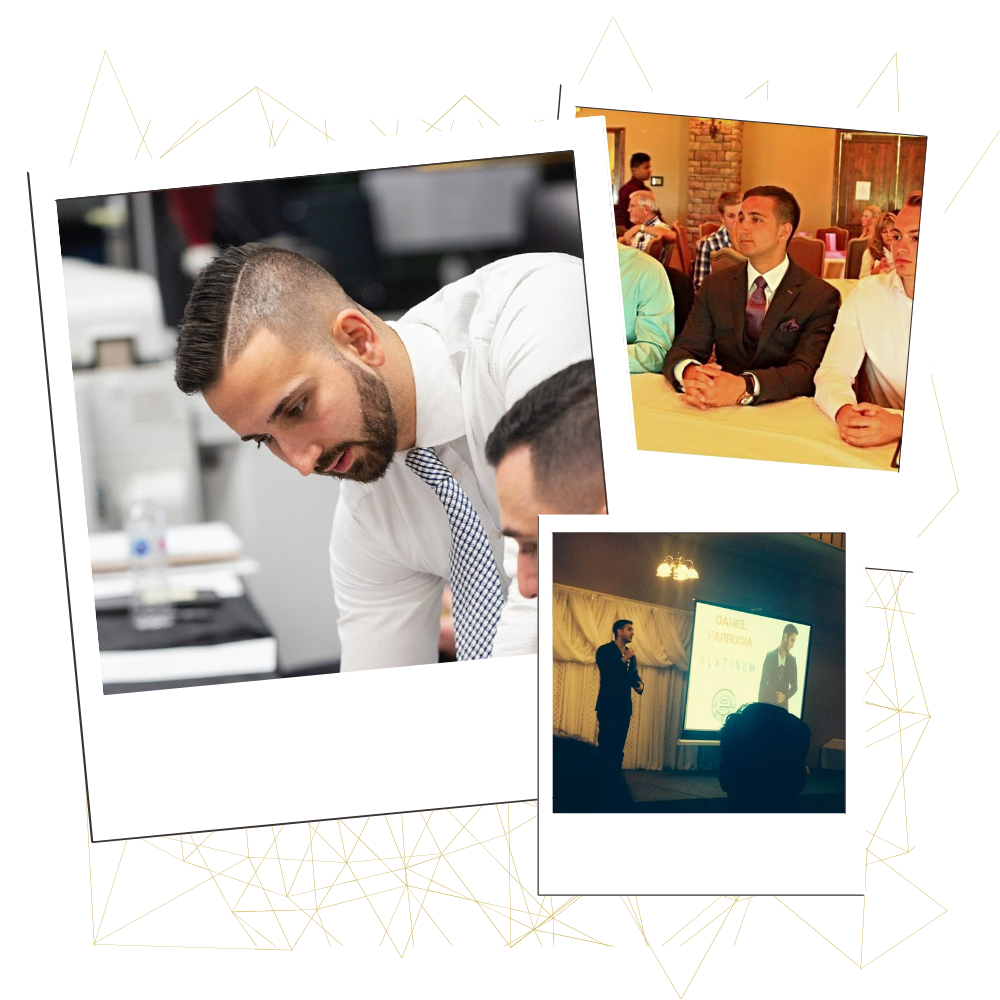 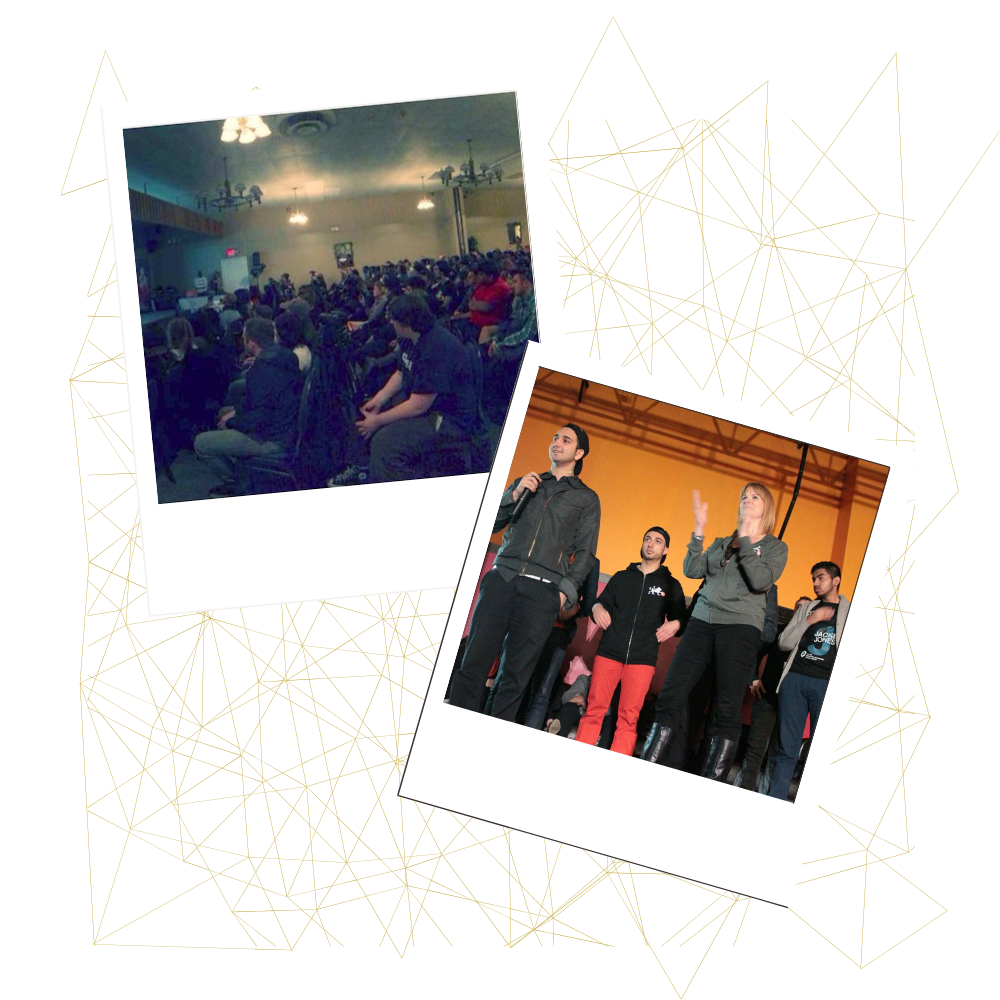 Daniel always had a life-long passion of helping people become the best versions of who they truly are, and he especially wanted to help people overcome their stutter, just like he did. Daniel understood the pain it caused to many, he knew there was an alternative approach, and he needed to share it with the world!
That is why Daniel created the Master Your Stutter Program!
This program is strictly designed to help people overcome their confidence and speech difficulties by learning the mechanics and strategies of public speaking.
"If I can teach someone with speech difficulties, and is afraid to speak to others to master the art of public speaking, then I can teach them how to overcome one of their biggest challenges in life!" - Daniel Francis

As of 2021, Daniel's training and coaching has helped many to overcome their biggest challenges with speech and communication, which increased their confidence to create the life they desire.

Daniel grew up with strong family values. Growing up in an Italian/Maltese household, he learned that moments shared with the ones you love should always be cherished. 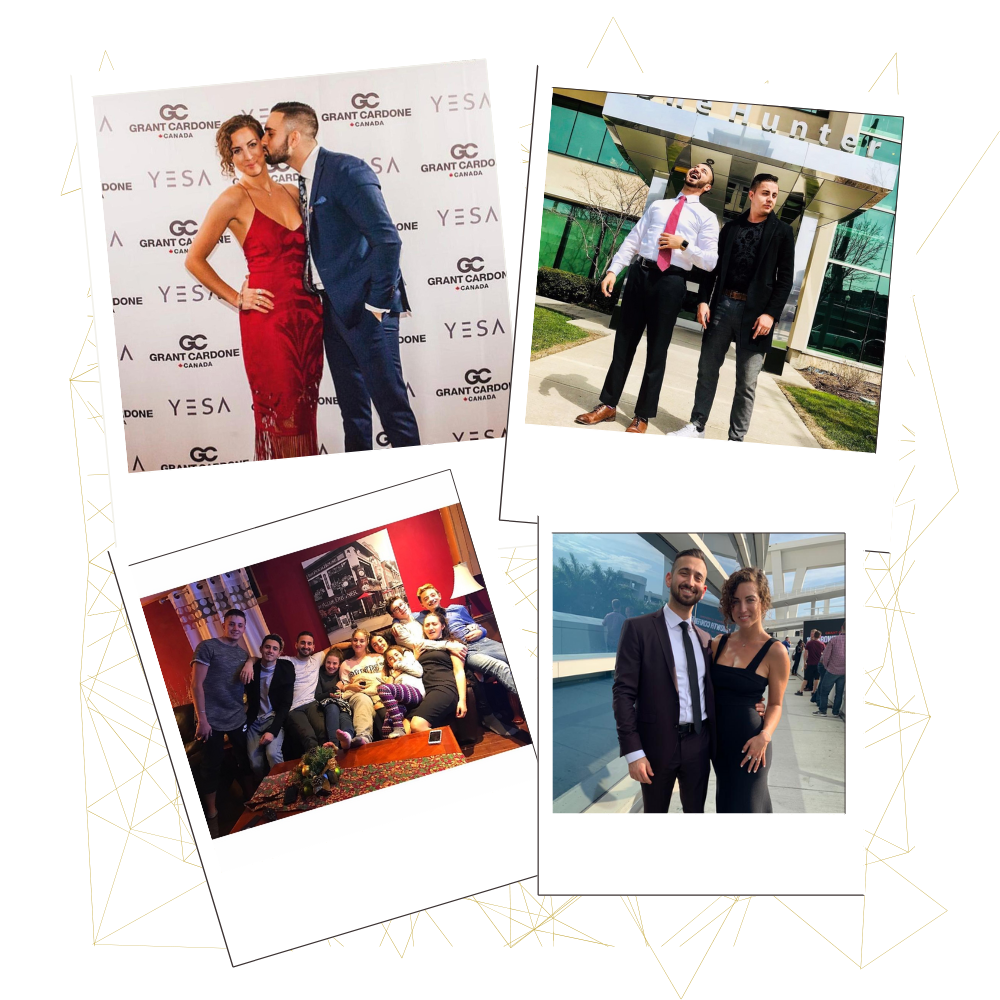 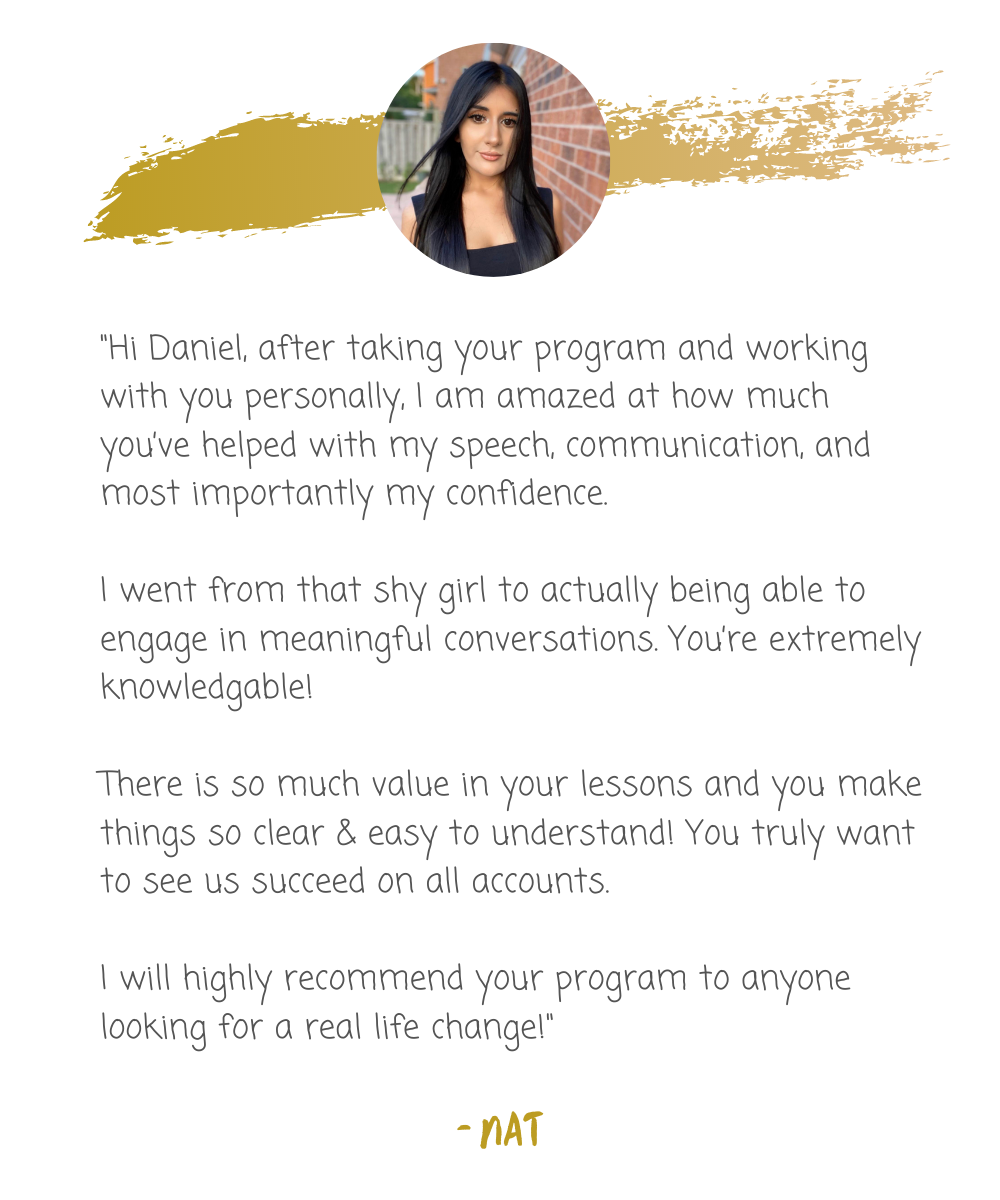 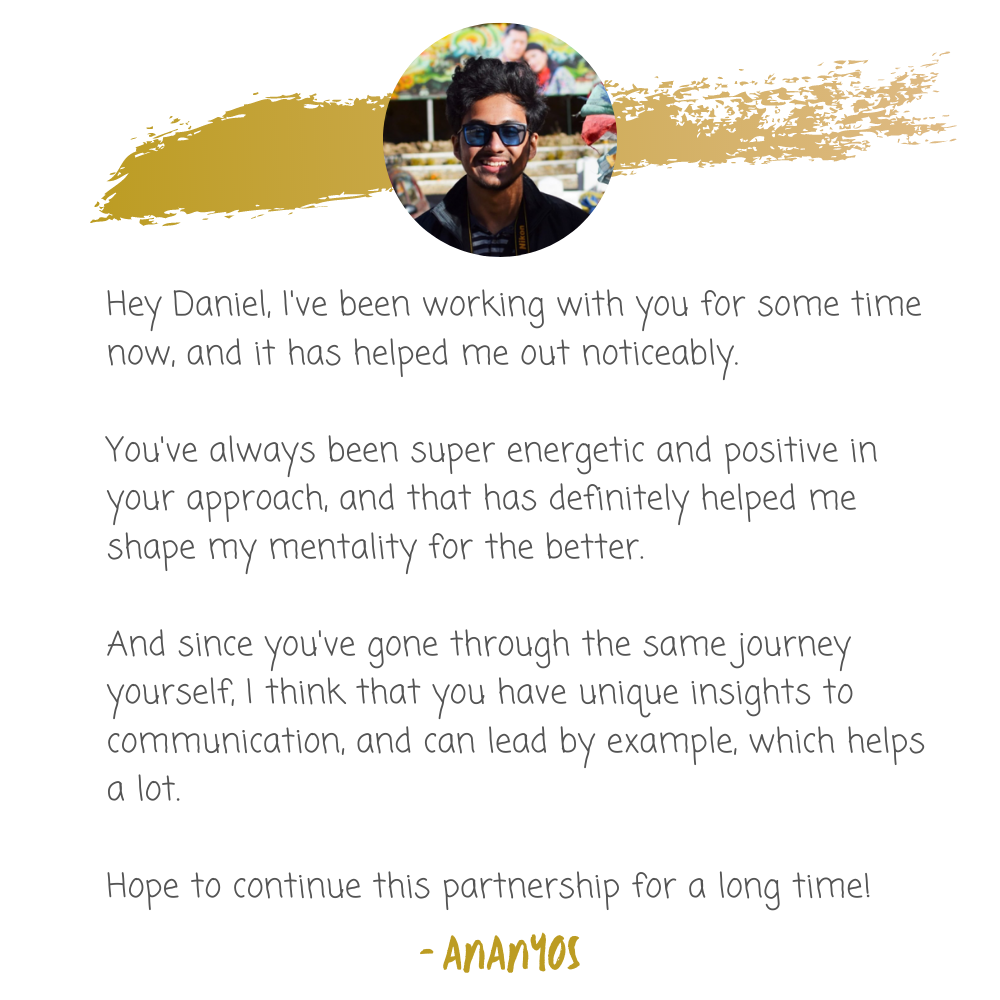 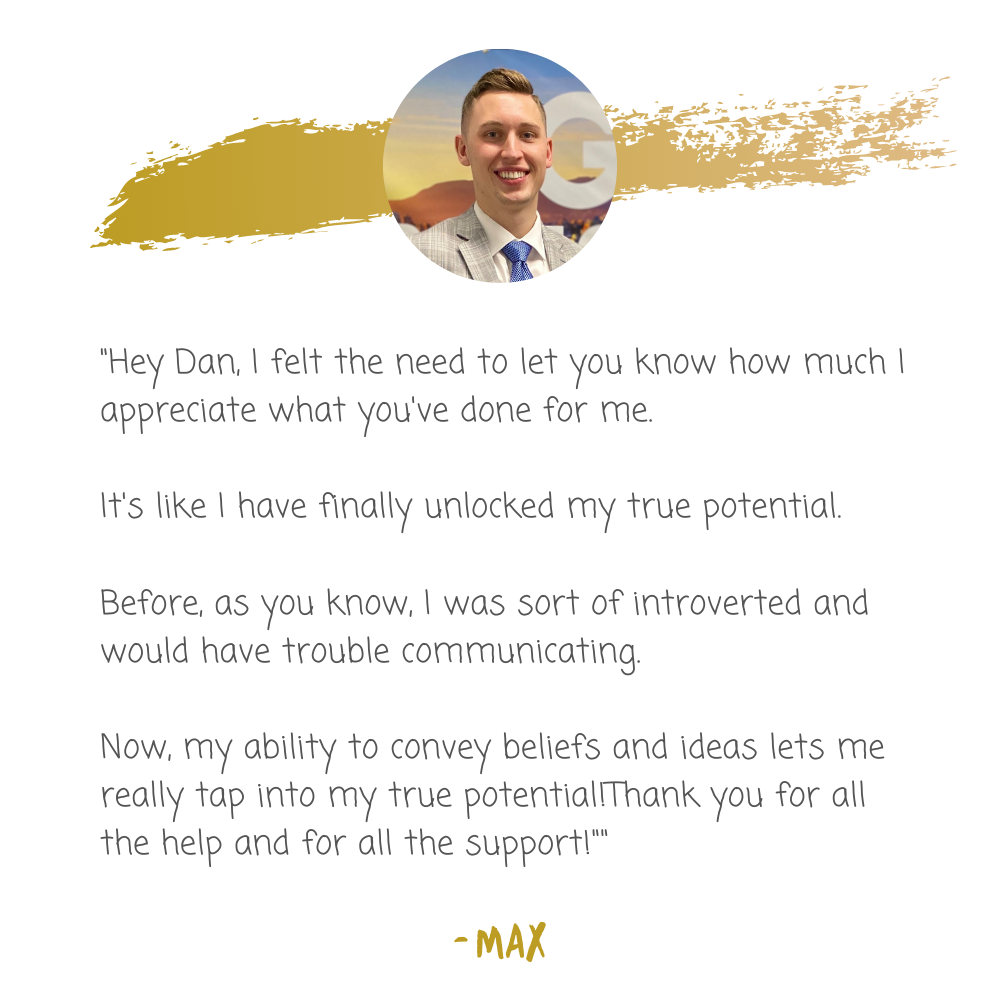 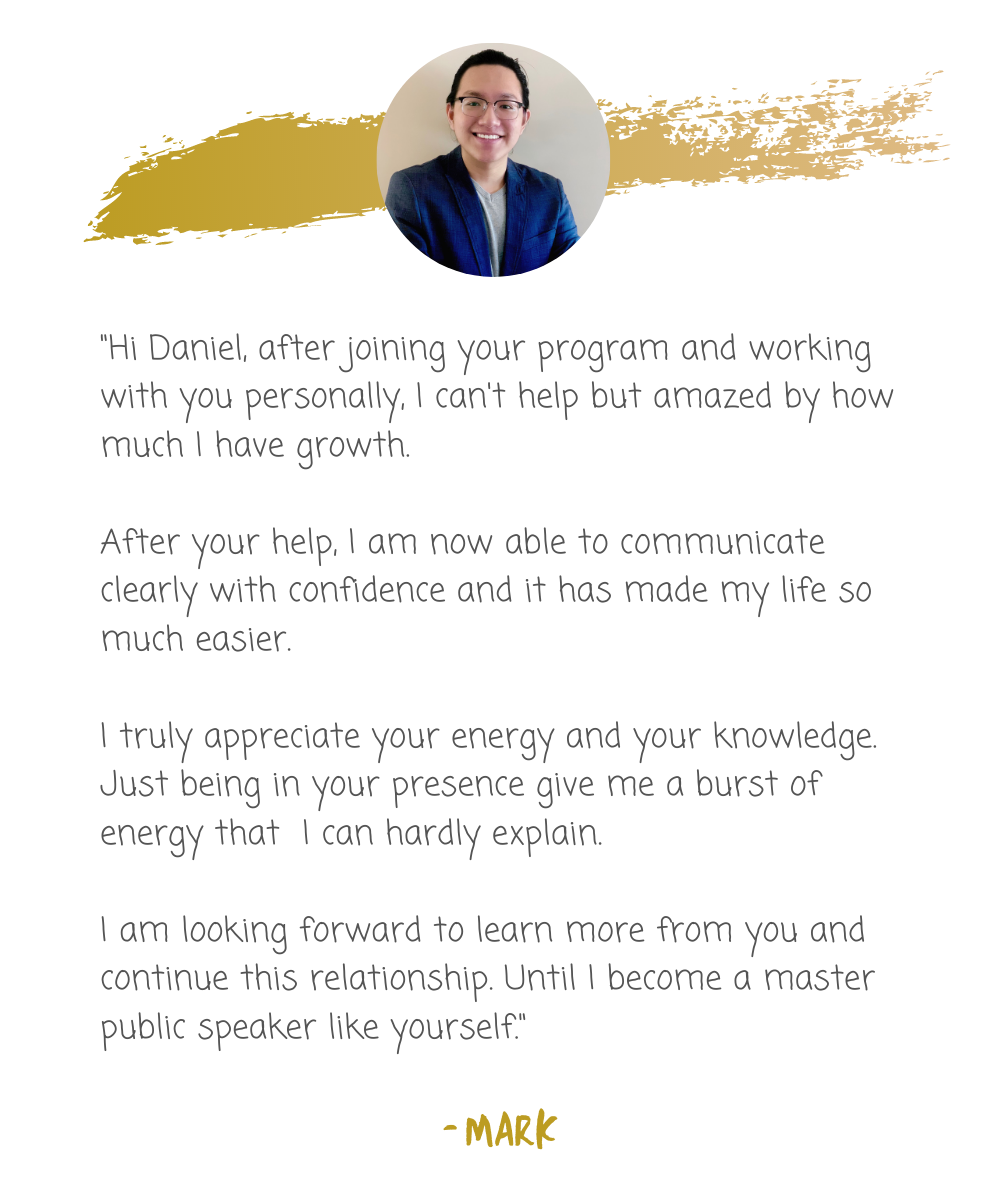 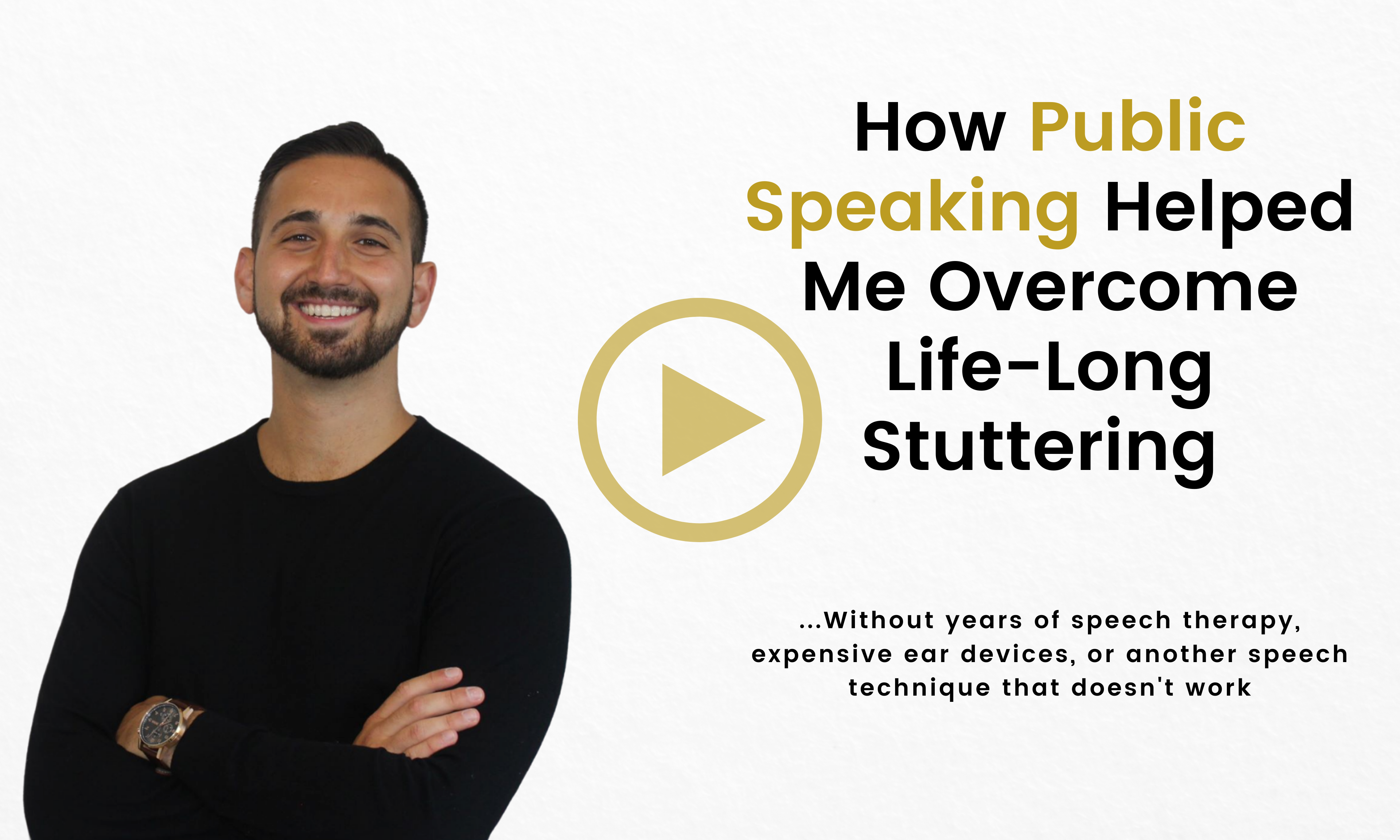 What YOU will learn in this training:

Get To Know Daniel Better: 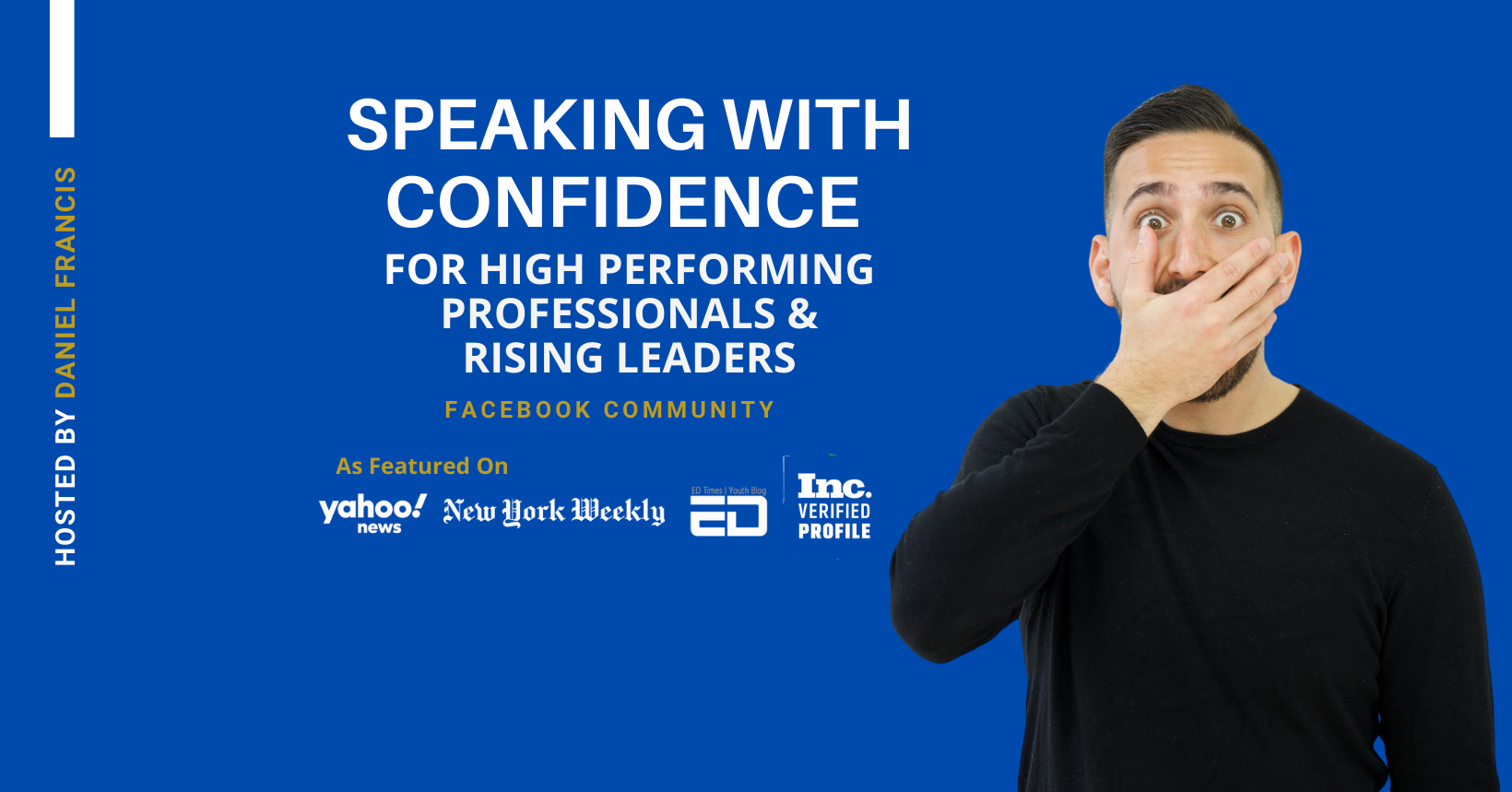 This is Daniel's FREE community where he shares his knowledge, tips, & techniques to help YOU and the many others in this community to Speak with Confidence!

With 1000+ individuals, and growing rapidly everyday, it is the perfect place to help with any communication difficulties.
JOIN NOW! 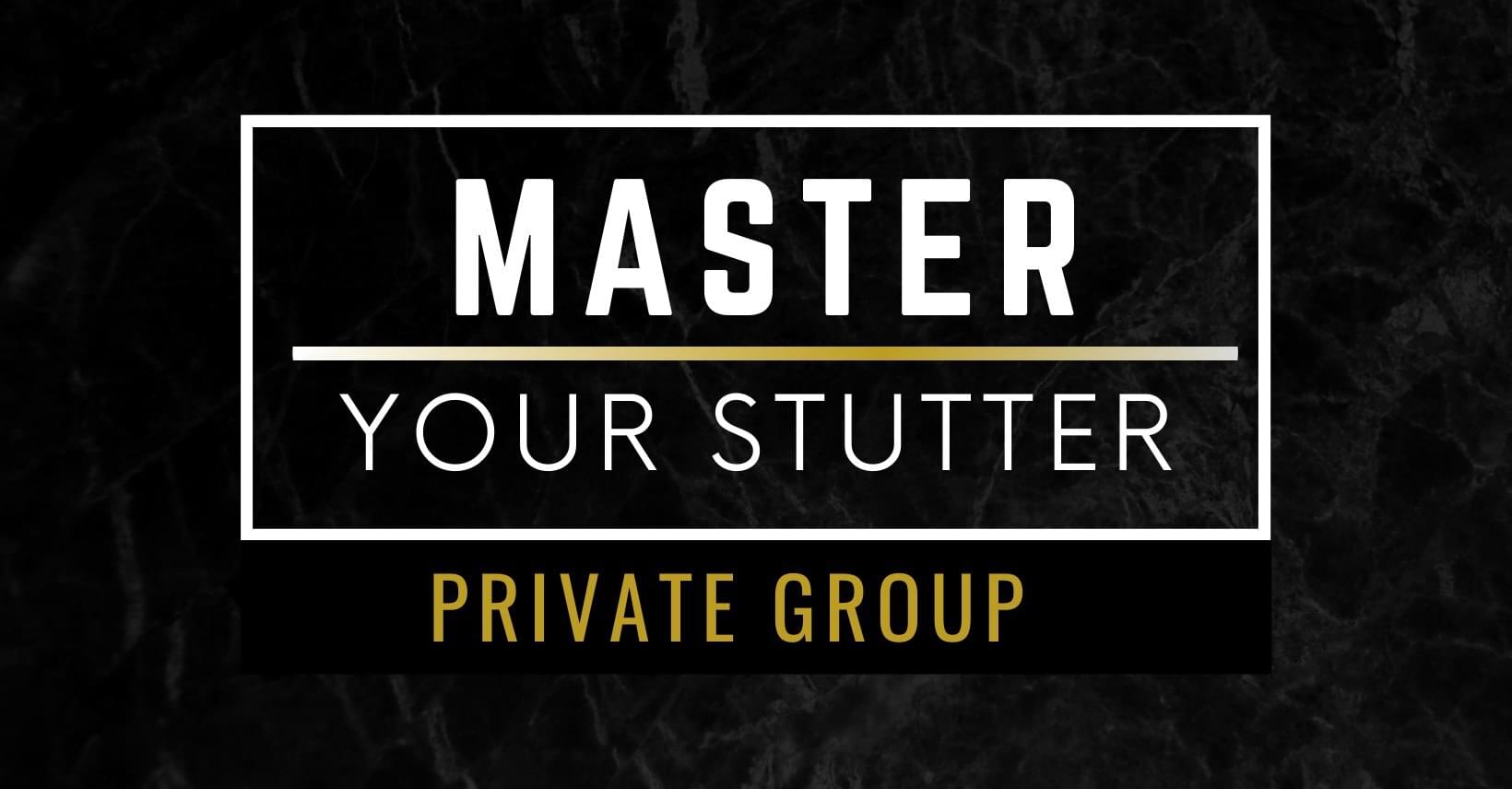 Once you join Daniel's program, Master Your Stutter, you will be welcomed into a private community of like-minded individuals going along the same journey as you. All with a strong determination in Mastering their Speech & learning to Speak with Confidence!

You will also gain personal access to Daniel, and have the support and feedback from everyone in the program.
CLICK HERE TO INQUIRE!
Daniel's EBOOK 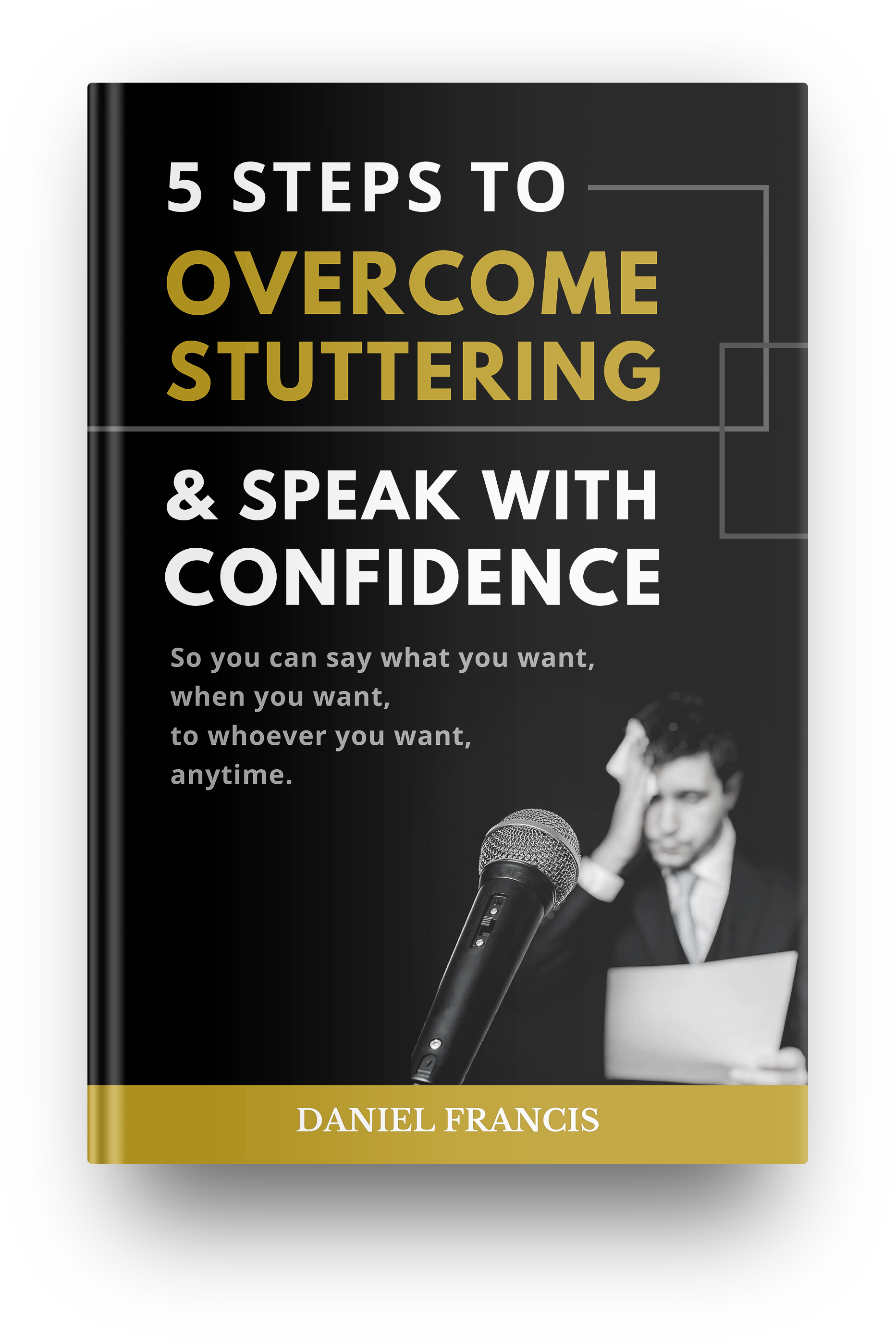 Want to receive FREE advice on how to
Overcome your Stutter  from Daniel? 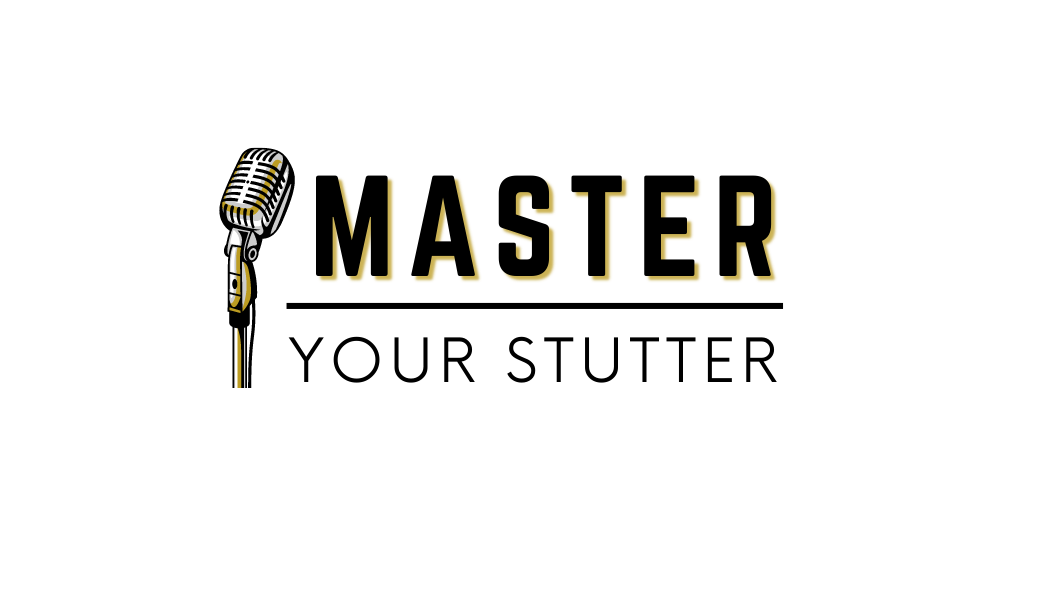 WATCH FREE TRAINING!
In this program YOU will:
Learn to Master your Speech,
Become in Control of your Stutter,
& Create the Life you Desire!

Want to work with Daniel as your Personal Coach? 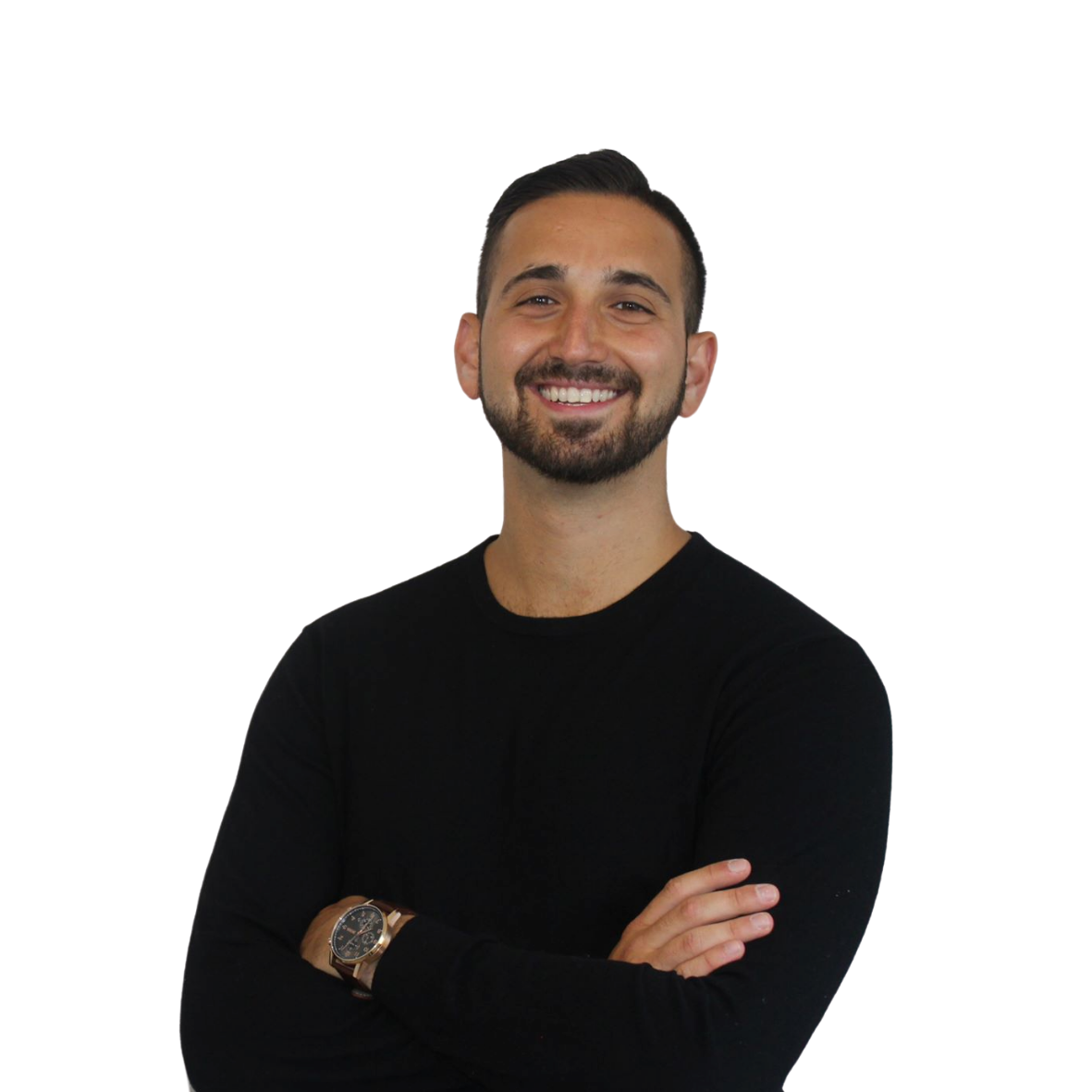 CLICK HERE TO INQUIRE!
Find out more on how YOU can work with Daniel one-on-one, to help you Master Your Stutter!